Module A Module B Module C Evaluation, reflection and sense-making

A common problem in the start-up of many new projects is that people often do not take the time to properly investigate what has already been done in related fields in that area. Spending a bit of time at this stage to map out available data and background information and compiling this in a scoping report is well worth the time, as the overview this gives you is likely to save you time in the end. This work card describes some key issues to consider when mapping out available data and information and compiling your scoping report.

Consult with people and organizations that have relevant knowledge of the system (through email, phone or face to face meetings) about the history of related projects in the system, and map out available data as well as known data gaps. Collate the information into the system that you have just developed (Work card 6) to allow easy access. If possible, synthesize into a scoping report.

Suggested approach: gather, organize, collate and where possible synthesize relevant information for ease of use later in the process

Time required: up to 30 hrs depending on amount of available information and level of synthesis

Resources: access to technical information and documentation relating to the focal system

Spending a bit of time now to save time later

People often have a tendency in these kinds of processes to want to jump right into the problem-solving phase. While this is understandable, it is not advisable. As with other activities in this phase, mapping out available information and compiling a scoping report, contributes to building a proper foundation for the remainder of the Wayfinder process. In the end, this will likely both save you time and some unnecessary frustration on behalf of stakeholders in the system that may have seen or been involved in other similar efforts in the past. 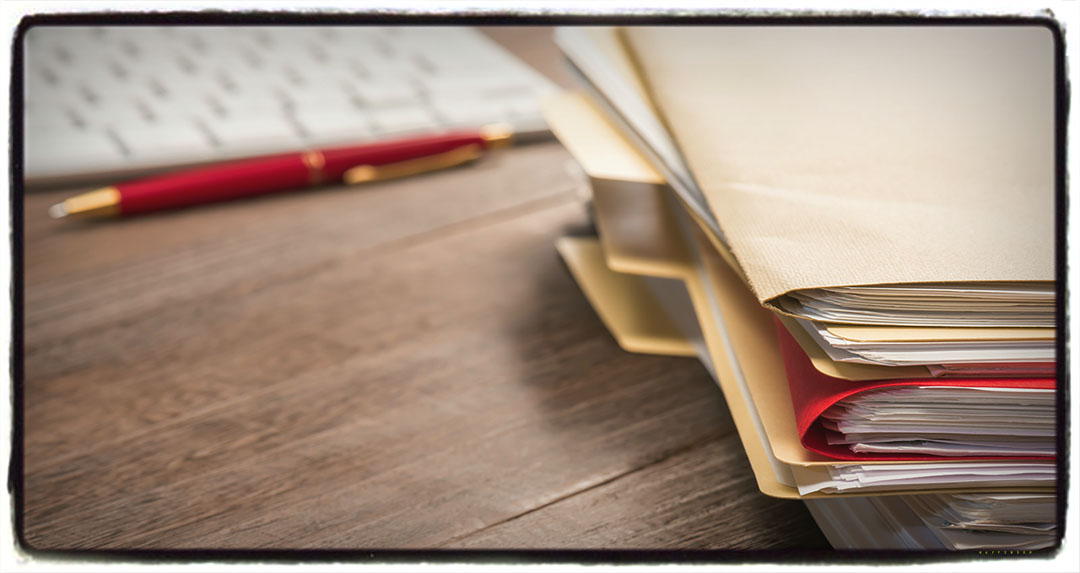 Starting up your Wayfinder process, it is important to realize that you never really start from zero. Mapping out available data and relevant pre-existing information and compiling this into a scoping report will save you time in the end. Photo: iStock.

A good way to start is to map out previous efforts, projects, or interventions that have had similar objectives as you have. Who initiated them, what did they lead to, and why were they successful or not? Are there legacies that you could build on, or even an ongoing initiative that it makes sense to team up with? Try to learn from what already is happening in your system, and make use of that in your Wayfinder process. It is important to realize that you never really start from zero, there are always change processes underway.

Also, try to foresee what kind of data that you will need in at various stages of your Wayfinder process. Have some of this data already been collected by someone else, and if so, can you access it? A scoping report should both contain information on the kind of data that is available as well as on knowledge gaps that you already know of. It is likely that this type of exercise will direct your attention to key actors and organizations in the area that you may want to consult with during the Wayfinder process, and maybe even those that should be involved in the coalition from the start.

8: Articulating assumptions about how to achieve systemic change

Before moving into Phase 2 where you engage with a broader group of stakeholders beyond the coalition, it is important to reflect on the type of change that you hope to achieve through the Wayfinder process, and how you believe this change will happen. This work card guides you through that discussion.

In a small meeting or workshop setting with your coalition, try to articulate your assumptions about how this process will change the system.

Creating a ‘ Change Narrative’ rather than a ‘Theory of Change’

Before engaging the wider community in this work it is worth spending some time in the coalition to reflect on how you think the Wayfinder process will contribute to creating a more sustainable trajectory for your system.

This is the very first step in developing what we call a “Change Narrative”. We use this term on purpose, and you should not see this as a “theory of change” (see box 8.1), but rather as a developing hypothesis. The Change Narrative is a synthesis of your current understanding of how systemic change may be achieved in your system. It takes the shape of a simplified story that considers the inherent complexity and uncertainty of social-ecological systems.

This story is central to Wayfinder. It will evolve greatly throughout the 5 phases, as new knowledge is generated and your collective understanding of the system dynamics deepens. In the end, the Change Narrative will be concrete and plausible enough to take the form of a strategic Action Plan that can be tested in reality. 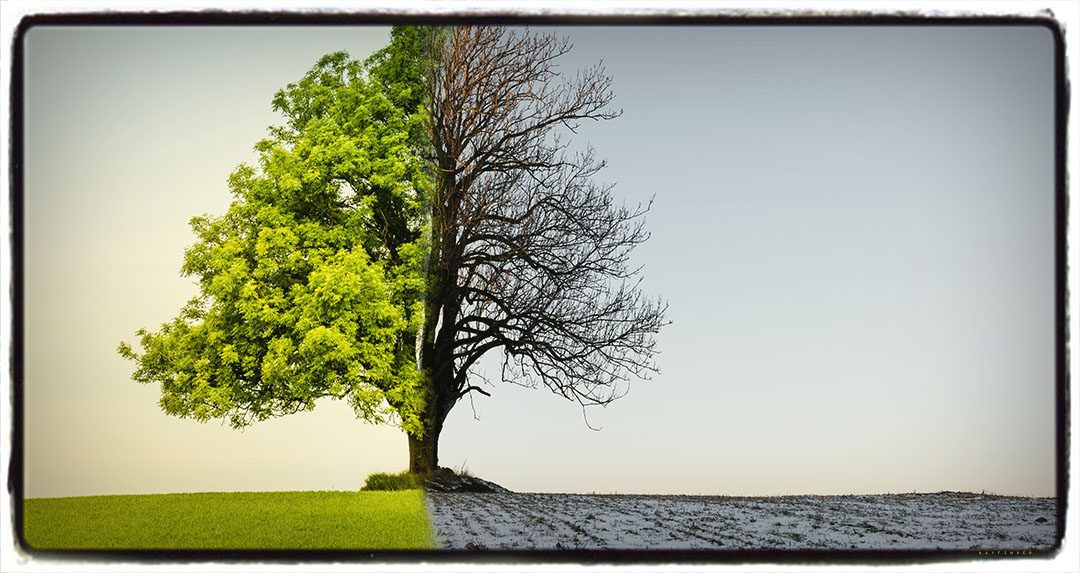 Before engaging with a broader group of stakeholders, it is important to reflect on the type of change that you hope to achieve through the Wayfinder process, and how you believe this change will happen. Why will the Wayfinder process be different? This is the very first step in developing your Change Narrative. Photo: iStock.

Very briefly, the Change Narrative in Wayfinder has three key components (figure 8.1). The first component is leverage points for systemic change, which are locations in the system dynamics whereby a small intervention has the capacity to influence the system behavior substantially. The second component is agency, which refers to who has the capacity to influence those leverage points. The third component is the overall opportunity context for making change happen, which consists of existing social and institutional structures in which we, as actors, are embedded, and which may hinder or facilitate different kinds of change. 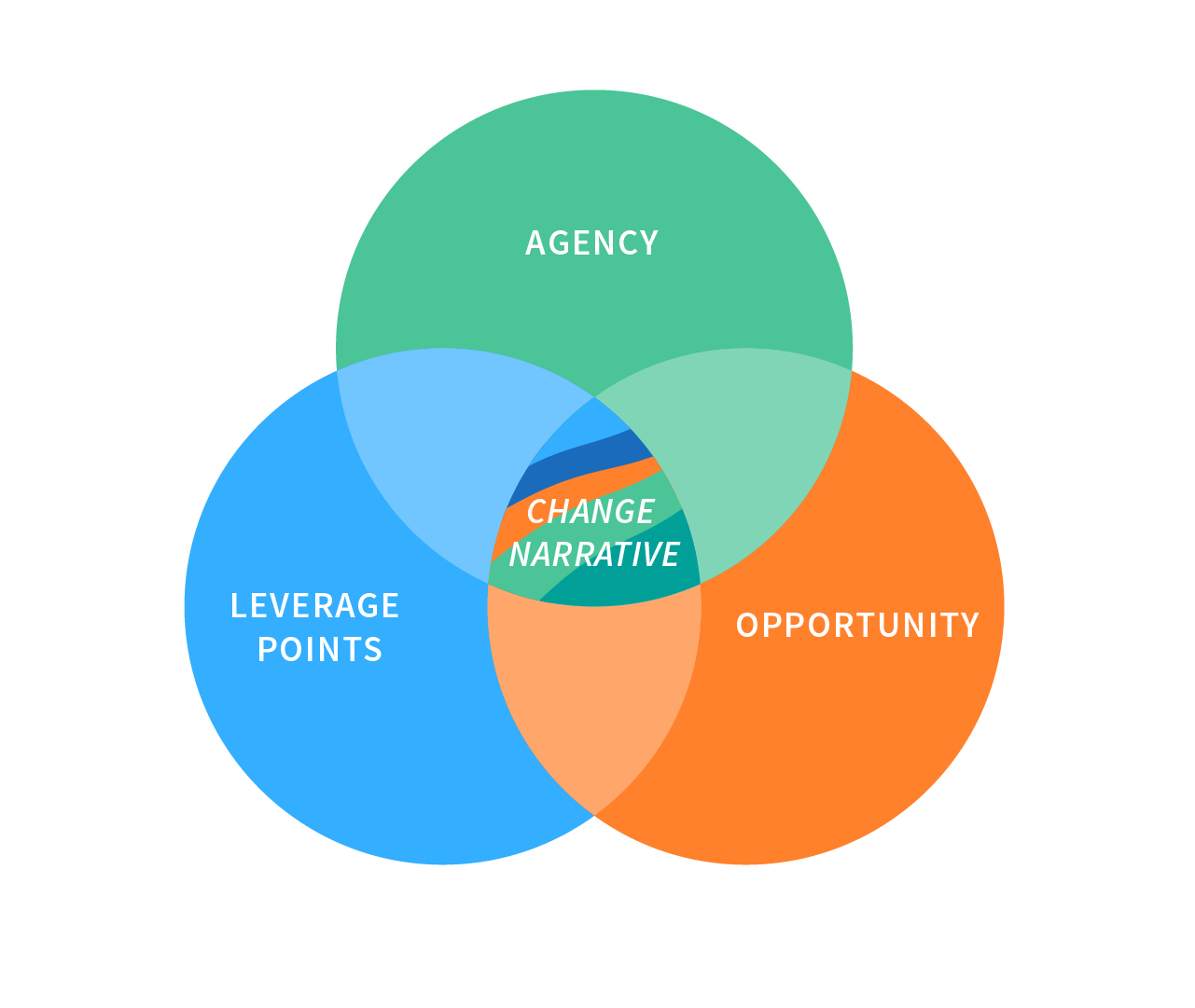 Figure 8.1. The Wayfinder Change Narrative has three components: leverage points for systemic change, agency, and opportunity context. Leverage points refer to places in the system whereby a small change has a substantial influence on system behavior. Agency refers who has the capacity to influence those leverage points. Opportunity refers to the overall context of factors that may enable or hinder change in a system at any given point in time. The Change Narrative is a “storied” account of how change may happen in your system that considers these three issues. Illustration: E.Wikander/Azote

We will come back to this with a lot more detail later on in this guide, but at this stage it is useful to have a first discussion in the coalition (see attached discussion guide) about how you believe that change generally happens in your system, how you think the Wayfinder process may contribute in creating change, and reflect on how you in the coalition are positioned in relation to the system that you are trying to change, i.e. your sphere of influence (figure 8.2). Reflecting on these issues now informs the expectations on the process and enables you to be strategic about how to design the process. It also gives the process its very first, overarching framing. 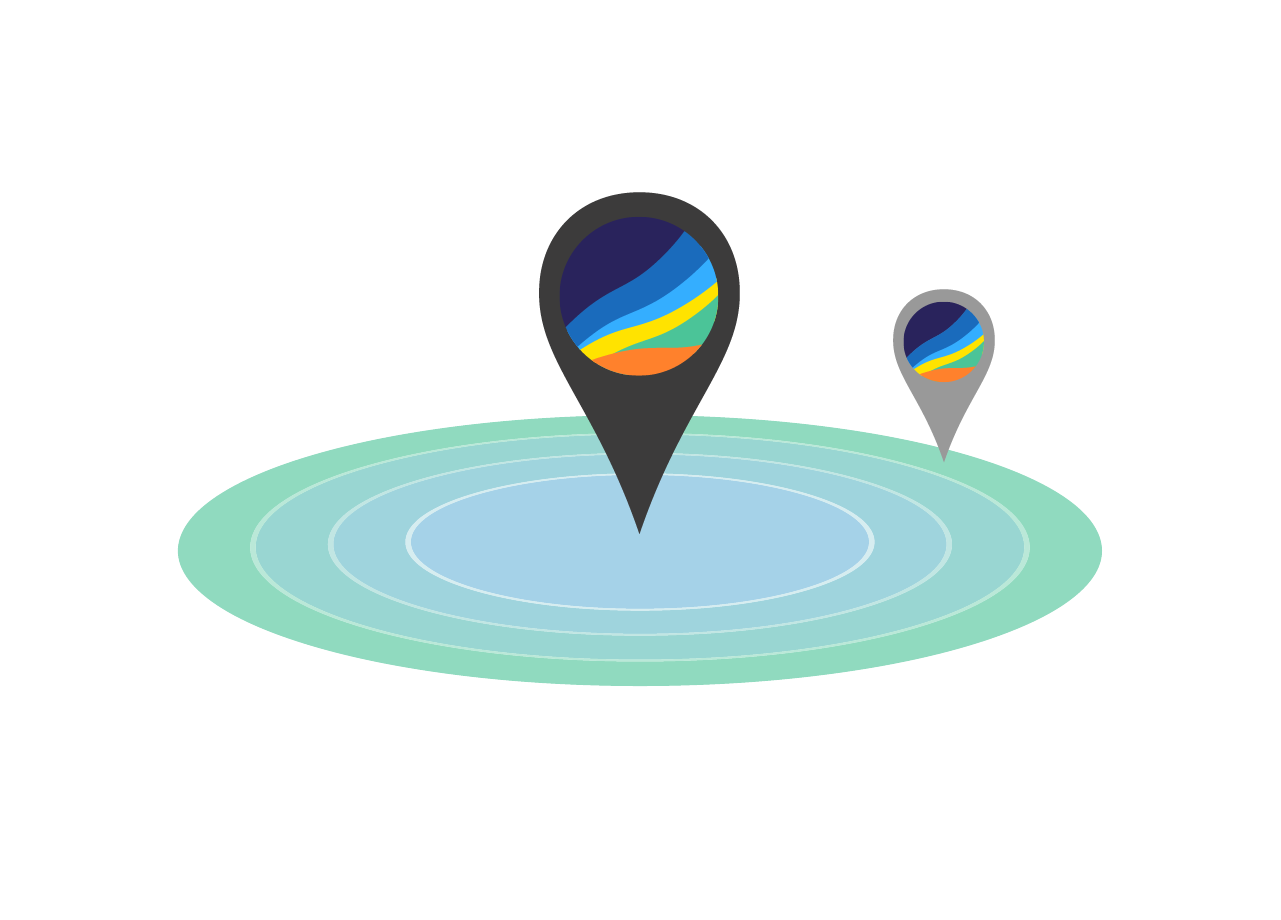 Figure 8.2. The extent to which the Wayfinder process will be able to contribute to change in the targeted system, depends on where the Wayfinder process is situated in relation to that system. Reflecting on your own position and sphere of influence, in relation to where important decisions are made that shapes the system’s future, is therefore important. Illustration: E.Wikander/Azote

In Wayfinder we work with a “Change Narrative” instead of the traditional “theory of change” concept that is commonly used to inform development programs and projects. The Wayfinder approach is not compatible with conventional theories of change for two main reasons.

First, in practice conventional theories of change tend to assume a linear cause and effect model of change, which does not match with the complexity perspective that underpins Wayfinder. Trying to create change in complex systems will produce both intended and unintended consequences. Small-scale experiments can help reduce uncertainty, but in these types of systems, some level of uncertainty will always remain. Therefore, the inputs, outputs, outcomes logic that are often reflected in conventional theories of change do not work when dealing with sustainability issues in social-ecological systems.

Second, “theory of change” often implies a single way forward in contrast to multiple future trajectories and the notion of strategically navigating within sustainable and just boundaries and improving option space over time, which is the focus of Wayfinder. As an alternative, we use the concept change narrative, which we see as a more dynamic representation of how you believe change might happen in your system, focusing on systemic leverage points for change, the agency to influence those leverage points, and the overall opportunity context for making change happen.

Open this card Close this card
Previous
Designing the process
Module C
Next
Evaluation, reflection and sense-making
Produced by:
In collaboration with: